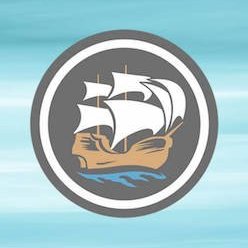 Florida is a state located in the Southeastern region of the United States. It is bordered to the west by the Gulf of Mexico, to the northwest by Alabama, to the north by Georgia, to the east by the Bahamas and Atlantic Ocean, and to the south by the Straits of Florida and Cuba; it is the only state that borders both the Gulf of Mexico and the Atlantic Ocean. Spanning 65,758 square miles, Florida ranks 22nd in area among the 50 states, and with a population of over 21 million, is the third-most populous. The state capital is Tallahassee and the most populous city is Jacksonville. The Miami metropolitan area, with a population of almost 6.2 million, is the most populous urban area in Florida and the seventh-most populous in the United States; other urban conurbations with over one million people are Tampa Bay, Orlando, and Jacksonville.

Various Native American groups have inhabited Florida for at least 14,000 years. In 1513, Spanish explorer Juan Ponce de León became the first known European to make landfall, calling the region La Florida ([la floˈɾiða] for its lush greenery and the Easter season (Pascua Florida in Spanish). Florida subsequently became the first area in the continental U.S. to be permanently settled by Europeans, with the Spanish colony of St. Augustine, founded in 1565, being the oldest continuously inhabited city. Florida was repeatedly contested by Spain and Great Britain, before being ceded to the U.S. in 1819; it was admitted as the 27th state on March 3, 1845. Florida was the principal location of the Seminole Wars (1816–1858), the longest and most extensive of the Indian Wars in U.S. history. The state seceded from the Union on January 10, 1861, becoming one of the seven original Confederate States. After the Civil War, Florida was restored to the Union on June 25, 1868.

Since the mid-20th century, Florida has experienced rapid demographic and economic growth. Its $1.0 trillion economy is the fourth-largest of any U.S. state and the 16th-largest in the world; the main sectors are tourism, hospitality, agriculture, real estate, and transportation. Florida is world-renowned for its beach resorts, amusement parks, warm and sunny climate, and nautical recreation; attractions such as Walt Disney World, the Kennedy Space Center, and Miami Beach draw tens of millions of visitors annually. Florida is a popular destination for retirees, seasonal vacationers, and both domestic and international migrants; it hosts nine out of the ten fastest-growing communities in the U.S. The state’s close proximity to the ocean has shaped its culture, identity, and daily life; its colonial history and successive waves of migration are reflected in African, European, Indigenous, Latino, and Asian influences. Florida has attracted or inspired writers such as Marjorie Kinnan Rawlings, Ernest Hemingway and Tennessee Williams, and continues to attract celebrities and athletes, particularly in golf, tennis, auto racing, and water sports.

About two-thirds of Florida occupies a peninsula between the Gulf of Mexico and the Atlantic Ocean. It has the longest coastline in the contiguous United States, spanning approximately 1,350 miles (2,170 km), not including its many barrier islands. Florida has 4,510 islands that are ten acres (4 ha) or larger in area, the second highest number after Alaska. Much of the state is at or near sea level, and is characterized by sedimentary soil. Florida is the flattest state in the country, with the lowest high point of any U.S. state, at just 345 feet (105 meters). Lake Okeechobee is its largest freshwater lake, and the second-largest located entirely within the contiguous 48 states. Several beaches in Florida have turquoise and emerald-colored coastal waters.

Florida’s climate varies from subtropical in the north to tropical in the south. It is the only state besides Hawaii to have a tropical climate, and is the only continental state with both a tropical climate (at the lower tip of the peninsula) and a coral reef. Consequently, Florida has several unique ecosystems, most notably Everglades National Park, the largest tropical wilderness in the U.S. and among the largest in the Americas. Unique wildlife include the American alligator, American crocodile, American flamingo, Roseate spoonbill, Florida panther, bottlenose dolphin, and manatee. The Florida Reef is the only living coral barrier reef in the continental United States, and the third-largest coral barrier reef system in the world (after the Great Barrier Reef and Belize Barrier Reef).

Florida’s large population and economy give it considerable influence in national politics; since the late 20th century has been a major battleground in presidential elections, most notably in 2000. Miami, along with Orlando and Tampa, is recognized as a global city and considered the cultural and economic capital of Latin America and the Caribbean. The state has some of the country’s largest universities, with its flagship University of Florida ranking among the ten best public universities in the U.S. Florida is also among the ten overall best states based on metrics such as governance, healthcare, education, and economic opportunity. 4 Favorite Things About Being a Real Estate Agent in Paradise So here at SEASALT, we thought we’d take an opportunity to remind ourselves of the importance of work, rest, and play. We love the  Florida lifestyle and we’re excited to share our lifestyle balancing tips with you.